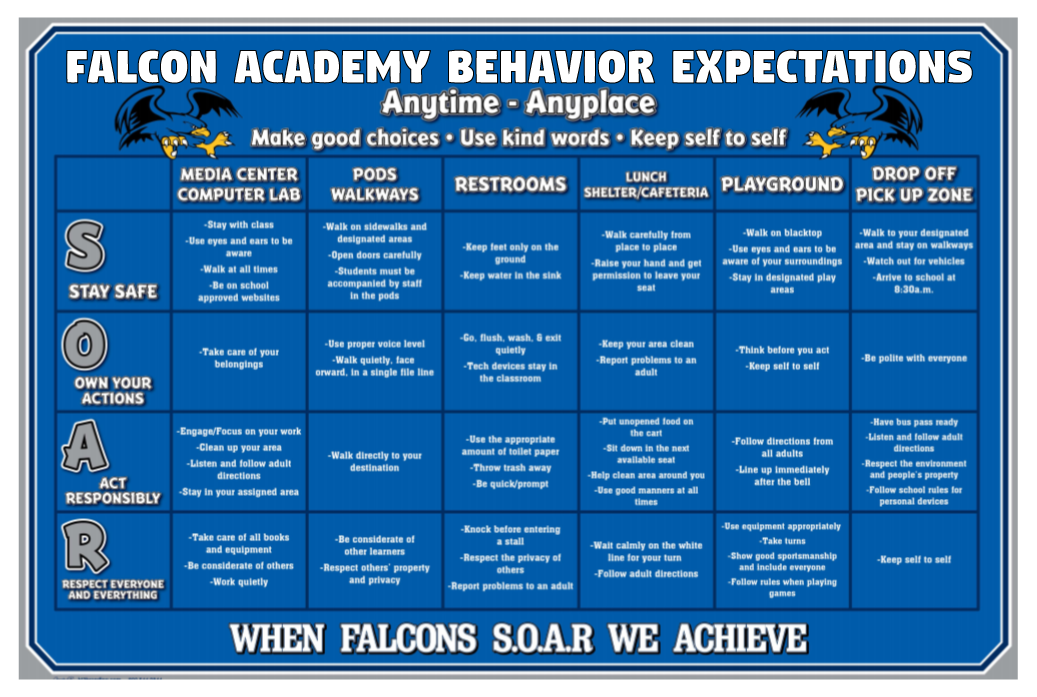 * As the culmination of their academic careers at Fanning, on the last day of school 6th grade students attend an award ceremony where top 6th graders are presented with the national “Presidential Award.”

At Falcon Academy of Science and Technology, we have positive behavior expectations that we teach students.  School and classroom rules are intended to promote an atmosphere that is conducive to learning as well as to ensure the physical and emotional safety of every child on our campus.

Students who do not comply with classroom rules will be disciplined for most infractions in the following manner:

*These are some examples of school violations.

Students whose behavior is in violation of Education Code 48900 as described in the following text may be suspended from school and/or recommended for expulsion.

(2) Willfully used force or violence upon the person of another, except in self-defense.

Student dress should indicate respect for the educational environment and should be suitable for an active schedule. If a student comes to school and because of his/her dress, hair, or makeup is a distraction to others, parents will be notified to bring a change of clothing or the student will be removed from class.

Several examples of inappropriate attire include:
The FAST staff wants all students to have a safe and wholesome environment in which they can learn and grow. Variances in the student dress code only include whole school sponsored spirit days and or activities, per the principal’s discretion. 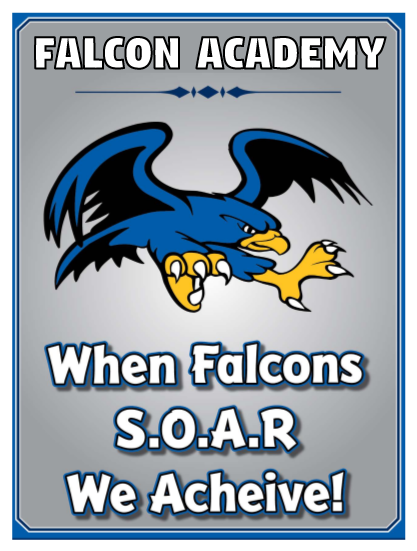